Crystal Palace are boosted by the return of forward Christian Benteke following a foot injury.

However, defenders Gary Cahill, James Tomkins, Patrick van Aanholt and Nathan Ferguson all remain on the sidelines because of injury.

Everton manager Carlo Ancelotti is weighing up whether to stick with the side that starting the Toffees’ opening two league games.

Fabian Delph made his first start since February in the Carabao Cup in midweek.

It is two wins out of two for both of these sides so far, and they have scored a few goals as well.

It is clear that Everton have upgraded their team with their summer signings – James Rodriguez has got a bit of class – and, up front, Richarlison and Dominic Calvert-Lewin are a handful.

But I am going to go for a draw here. Palace have shown they have got a decent goal threat of their own but Eagles boss Roy Hodgson will make sure they are solid in this one. He always does.

When you play against a Hodgson team, you just feel like there is no space to operate in. Rodriguez is good enough to find some, of course, but I still don’t think Everton will get as many chances here as they did in their wins over Tottenham and West Brom. 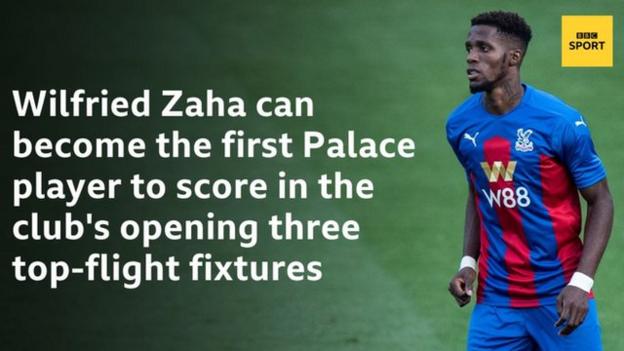